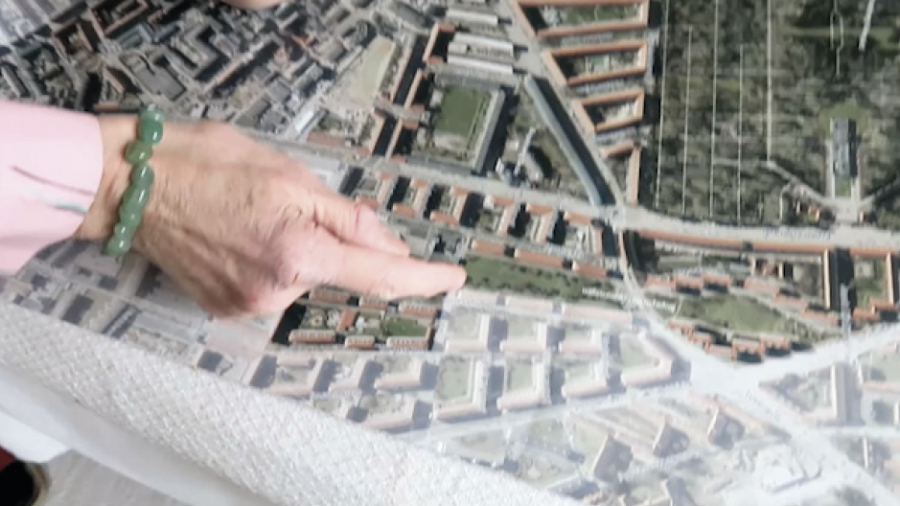 As many other large cities, Copenhagen, the Danish capital, suffers  from the increasingly severe cloudbursts caused by climate change. In response, the municipality currently implements a plan for cloud-burst protection, collecting and delaying rain in strategic places within the city to prevent flooding.

Grønningen is a local park in the urban area of the city, Copenhagen North West, and one of the spots included in the cloud-burst protection plan. In connection to the planned alteration of the park, the Danish National Art Foundation and the Municipality of Copenhagen invited visual artist Kerstin Bergendal (SE/DK) to propose a temporary but durational artwork, taking the park and urban re-organization as the point of departure. Apropos en eng, which in English translates to Concerning a meadow, is the two-year art-project responding to this invitation.

The video above indicates the artists mode of working.

(More about the cloud-burst plan here)

(More about the artist here)

In Concerning a meadow, the upcoming cloud-burst-protection project of the park is seen as a mere reason to reflect upon the every-day in this precise area, as well as its history, qualities, and challenges. Participants are invited to contribute in various ways to a slow mapping of their area, and to meet, debate, and/or collaborate in order to challenge and qualify the otherwise static municipal imagery of the urban area. Thus, the project relies on contributions from and collaboration with a wide range of  indispensable partners. (See more: Credits)

This website serves as a logbook of the on-going art project. Under each of the headings above, the artist continuously publishes new videos from conversations with locals, along with facts and perspectives found and/or generated through the discursive process. The aim is gradually to develop a shared revised imagery of the challenged area the park is situated in, as well as of possible lines of action that can be taken up by participating locals.

The realization of the project is generously supported by

Any cookies that may not be particularly necessary for the website to function and is used specifically to collect user personal data via analytics, ads, other embedded contents are termed as non-necessary cookies. It is mandatory to procure user consent prior to running these cookies on your website.